The Haibun Ligo Challenge is a weekly event hosted by the elegant Nightlake and the photographer Pirate.
Visit them for all the guidelines and background.
And humble apologies to perfect Penny for omitting her last week.
This week, sadly, she really is gone!
Bye, sweetheart!
Apologies also to Robert Frost for tweaking his magical poem.

This week AnElephant chooses as his prompt the image shown below. 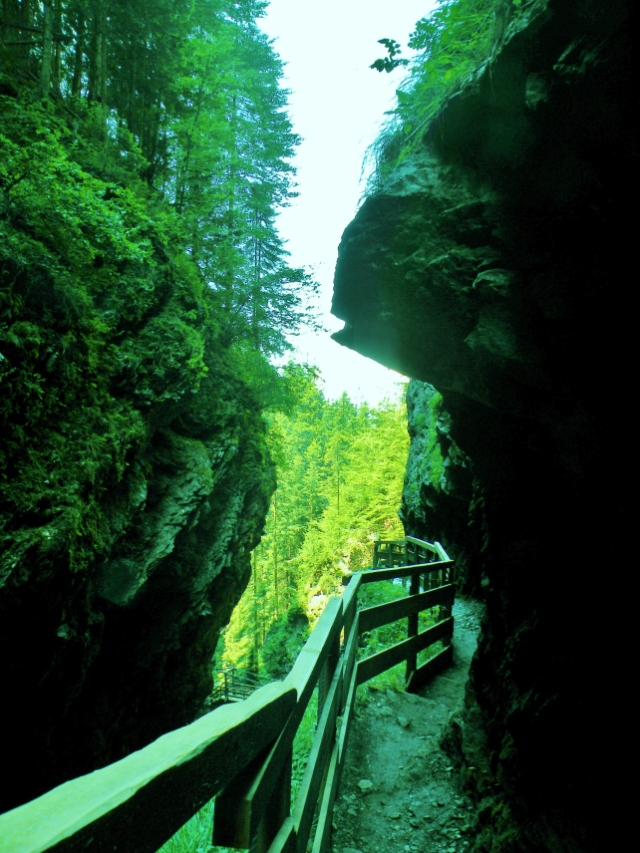 He thinks the path looks broad and reliable.
It has a stout fence which gives the illusion of safety, although the sheer drop of the cliff should act as a warning.
He is sufficiently unconcerned that he misses the danger signs until the ground disappears beneath his feet.
After he scrambles back to the relative security of solid rock, he contemplates his escape, and his life.
Paths, like people, can be deceptive.
Some are obviously and immediately treacherous.
Some are flat and, to a great extent, devoid of interesting features.
And some lead to temptation.
Temptation, in turn, all too frequently leads to danger and, occasionally, disaster.
This is, perhaps, the story of his life.
He walks this path too often.

a path leads
the unwary
to a different place