Congratulations to Susan Spaulding on her first anniversary as host(ess? Is this still permissible?) of Sunday Photo Fiction, a weekly challenge that she took over from my old friend Al Forbes.
To celebrate, she gives us this week one of Al’s photos from a couple of years ago, and in response I recycle my own story from that time.
The general idea is to write a short story (200 word max) inspired by what you see in the picture (below).
Click on this link to enter your tale, and see what others have written. 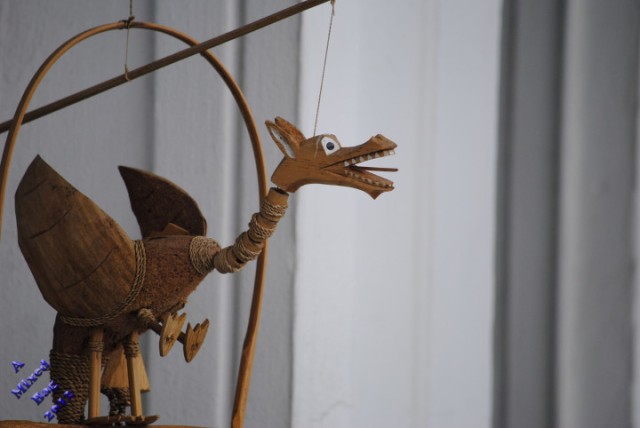 Click here to hear the author read the tale:

I have always loved dragons.
And not just Puff, who is clearly in a league of his own as far as lovable fire-breathing lizards are concerned.
I long ago wrote a sequel to his song, because no one that fabulous should be left in a cave for eternity.
People laugh at me, but others too, I feel, get a bit of a raw deal.
Like Smaug in The Hobbit, killed as a precaution, after just doing what dragons do, stealing and hoarding wealth.
And what about the poor unnamed beast butchered by the bloodthirsty St George while already in captivity?
This in the name of Christianity, according to the tales.
And Archangel Michael slew a dragon, who supposedly represented the serpent, or Satan.
Even the king of whimsy, Lewis Carroll, has the Jabberwock decapitated.
Now I am a nice guy usually, pretty easy going, slow to anger.
But some of my business competitors find it amusing to mock me as soft, because of my affection for these scaly monsters.
But mine is a ruthless business, so I have been known to respond unpredictably.
I believe in irony.
So when some tough guy says that dragons don’t exist, I just smile.
And drop him with a splash off Alligator Alley.