Friday Fictioneers is hosted by the wonderful Rochelle, the undisputed master of what I call Sound Bite Fiction.
She sets the weekly challenge, and the standard.
This week’s photo is a recycled effort by RandyMazie, who I do not remember at all.
One of my previous incarnations wrote a piece for this – https://anelephantcant.me/2013/07/10/the-hunt-friday-fictioneers/ – but it was widely misunderstood, so I am just going for some safe blasphemy this time.
The idea, as always, is to write a story of around 100 words based on this picture, below. 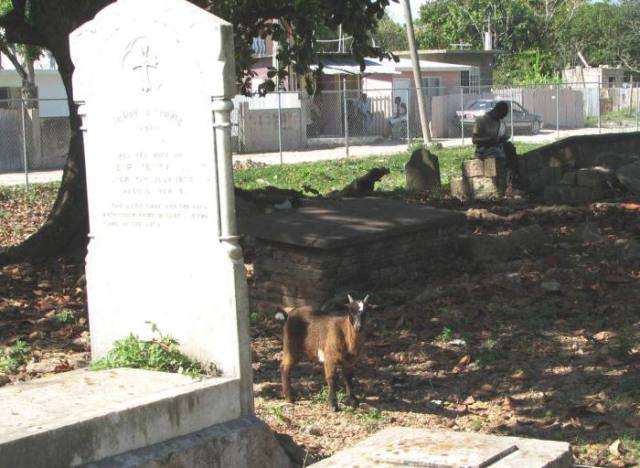 Click here to hear the writer read his words:

I have slept here for the past three nights.
It is freezing, but at least the tombs provide some shelter from the biting north wind.
And the funerals give hope of hand-outs.
My little sign says ‘homeless and hungry’.
These latest mourners look wealthy.
I kneel, pray to a god I don’t believe in.
Just hoping to impress someone.
They ignore me, help a bent grey wreck from his wheelchair.
He weeps at the graveside, stumbles back to his chair.
A fat wallet falls from his pocket.
Stupid old goat.
Perhaps, after all, there is a god.

A Scot who has discovered Paradise in a small town he calls Medville on the Côte d'Azur, C.E. Ayr has spent a large part of his life in the West of Scotland and a large part elsewhere. His first job was selling programmes at his local football club and he has since tried 73 other career paths, the longest being in IT, with varying degrees of success. He is somewhat nomadic, fairly irresponsible and, according to his darling daughter, a bit random.
View all posts by ceayr →
This entry was posted in Sound Bite Fiction and tagged 100 words, flash fiction, friday fictioneers, funeral, god, homeless, mourners, prayer, short story, sound bite fiction, wheelchair. Bookmark the permalink.

54 Responses to The Prayer – Friday Fictioneers