Friday Fictioneers is hosted by the wonderful Rochelle, the undisputed master of what I call Sound Bite Fiction.
She sets the weekly challenge, and the standard.
Today’s photo by Jan Marler Morrill is another in the summer rerun series, from long before my time here.
So I am taking this opportuny for a rerun of my own by using a story from Medville Matters, my enthralling and recently published book of Sound Bite Fiction, available on this blog, just over there>>>>>>

For those of you not plugging books, the idea, as always, is to write a story of around 100 words based on the picture, below. 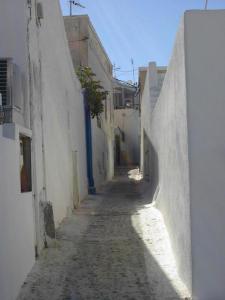 Click on this to hear C.E. Ayr read from his first book of Sound Bite Fiction entitled Medville Matters.

A Scot who has discovered Paradise in a small town he calls Medville on the Côte d'Azur, C.E. Ayr has spent a large part of his life in the West of Scotland and a large part elsewhere. His first job was selling programmes at his local football club and he has since tried 73 other career paths, the longest being in IT, with varying degrees of success. He is somewhat nomadic, fairly irresponsible and, according to his darling daughter, a bit random.
View all posts by ceayr →
This entry was posted in Sound Bite Fiction and tagged 100 words, attacks on women, back streets, dangerous place, flash fiction, friday fictioneers, medville matters, NAA Guardian pistol, short story, sound bite fiction. Bookmark the permalink.

65 Responses to Back Streets – Friday Fictioneers