Sunday Photo Fiction is a weekly challenge presented by my old friend Al Forbes.
The idea is to write a short story (200 word max) inspired by what you see in his picture (below).
This week’s intriguing photo has all the potential to lead to a dark place.
Or is there always light at the end of the tunnel?
Click on this link to enter your tale, and see what others have written. 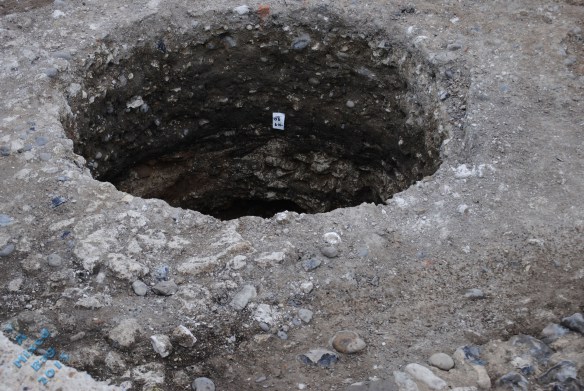 I am dazed by the fall, unsure if I passed out or not.
Stupid, I think, so careless.
I do not want to need help so close to the body I have just buried.
I seem to be in a cave, or tunnel, perhaps.
Yes, probably fell down a mine shaft, there was once a thriving industry here.
I see a light in the distance.
I stagger to my feet, stumble towards it.
As I walk, I reflect on what went wrong.
Usually I study my victims, plan the disposal and escape.
This time I acted on impulse, buried her in this place I hardly know.
And crashed through those rotted planks.
But I am okay, the stiffness is easing, the light getting brighter.
They look like flames, I think.
Then I stop in horror as I recognise the laughing figure who steps out of the fire.
And I know exactly where I am.

A Scot who has discovered Paradise in a small town he calls Medville on the Côte d'Azur, C.E. Ayr has spent a large part of his life in the West of Scotland and a large part elsewhere. His first job was selling programmes at his local football club and he has since tried 73 other career paths, the longest being in IT, with varying degrees of success. He is somewhat nomadic, fairly irresponsible and, according to his darling daughter, a bit random.
View all posts by ceayr →
This entry was posted in Sound Bite Fiction and tagged 200 words, flash fiction, hell hole, laughing figure, mine shaft, out of the fire, short story, sound bite fiction, sunday photo fiction, tunnel. Bookmark the permalink.