Sunday Photo Fiction is a weekly challenge presented by my old friend Al Forbes.
The idea is to write a short story (200 word max) inspired by what you see in the picture (below).
Al’s photo this week makes me think of armies on the march, so my thought process evolved fairly naturally.
Click on this link to enter your tale, and to see what others have written. 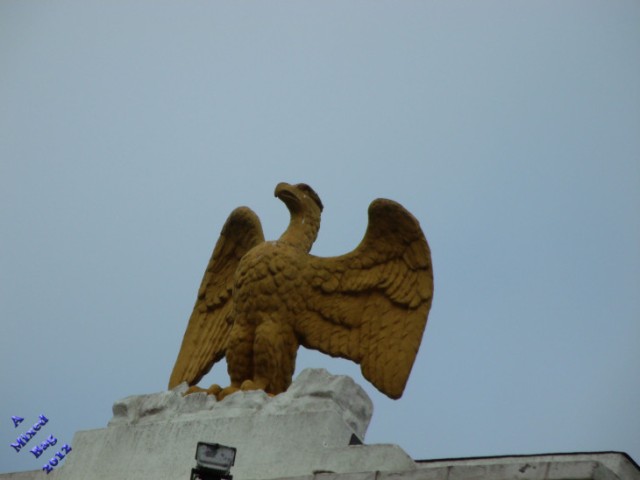 Click here to hear the story read aloud by the author:
Wedding Reception

Weddings are great fun.
Not the church rubbish, or the boring speeches and stuff.
No, the bit after that, when the dancing starts.
And the fighting.
Actually I have been told that this doesn’t happen everywhere, but in Scotland it is kind of a tradition.
Especially in small towns, where everybody knows everybody.
Grudges are held, so old scores get settled.
By this time there have been a few toasts.
That really helps.
Then somebody looks at somebody else’s girl, or a comment is made, and they’re off.
Like the Wild West, sometimes.
Or large parts of Europe when old Julius Caesar was having a tantrum.
So I’m down here in darkest Ayrshire.
And it’s a mixed marriage*, so a battle is guaranteed.
I look around for a bit, and I am glad I brought the Uzi.

*In Scotland this means that one of the combatants is Protestant, the other a Roman Catholic.