Friday Fictioneers is hosted by the wonderful Rochelle, the undisputed master of what I call Sound Bite Fiction.
She sets the weekly challenge, and the standard.
Today’s photo by J Hardy Carrol is a gift to the imagination, prompting tales of far greater length than she permits.
The idea, as always, is to write a story of around 100 words based on the picture, below. 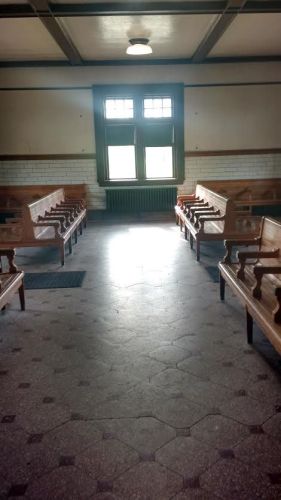 I see no sign of a threat.
I look at the guy opposite me.
He shifts slightly, avoids my eye.
I smile at the pretty lady beside him.
She turns her head away, nervously.
I run a practiced eye over the others.
Nothing.
They are the usual mixture of humanity to be found in any waiting room.
A doctor’s surgery, a train station or airport, a public service office, the hard uncomfortable seats are ubiquitous.
I try to relax, but something is nagging at my mind.
Now the questions start to surface.
Where am I?
What am I waiting for?

A Scot who has discovered Paradise in a small town he calls Medville on the Côte d'Azur, C.E. Ayr has spent a large part of his life in the West of Scotland and a large part elsewhere. His first job was selling programmes at his local football club and he has since tried 73 other career paths, the longest being in IT, with varying degrees of success. He is somewhat nomadic, fairly irresponsible and, according to his darling daughter, a bit random.
View all posts by ceayr →
This entry was posted in Sound Bite Fiction and tagged 100 words, flash fiction, friday fictioneers, hard seats, mixture of humanity, nagging doubts, short story, sound bite fiction, waiting room. Bookmark the permalink.